Hostel Cube Apartment
Architects: Partizan Architecture, Team: Gergely Hory, Zoltán Major, Péter Müllner, Location: Budapest, Photo: Danyi Balázs, Project year: 2016              PRTZN
Program: Turn rooms of a historic residence into individual apartments for tourists
Our team was asked to transform a historic residence in downtown Budapest into a tourist accommodation, where four units could operate separately as independent apartments. That meant that each of the four existing rooms were needed to be supplied with its own bathroom, kitchen, dining, living and sleeping areas for the maximum of eight people. In addition, the rooms had to be seasonally convertible to private loft apartments for couples as well.
Challenge: How to provide a single enclosure with multiple domestic functions?
The program itself already presents the challenge for this project knowing that the floor areas of the existing rooms varied only between 20-30 sqm: So a solution was needed to be found of how to accommodate  eight people with adequate privacy and provide room for their daily activities as well at the same place. How to make a single room host a set of spaces with different functions while enhancing comfort instead of compromising it?
Project: Free-standing structure to keep existing space unified but make it diversified too
Though the existing rooms had limitations in floor area, with their almost 4m height they provided spatial excess in vertical direction to exploit. We aimed to extend the notion of the bed as the basic furniture at a lodging into an architectural structure that is able to exploit the spatial capacities of the existing environment and increase its usability.  A two-storey structure was developed for each room positioned in the middle in order to make room for a kitchen  at the side of the entrance and a living area next to the window. The structure itself gives place for the lockers and the beds, which are arranged in order to hide occupants visually from each other enhancing the sense of privacy for the individual: The intervention provides three ’’sub-dormitories” - one inside, one on the top and one on the side of the structure – that can be easily converted into lounge and wardrobe areas enabling the room to be used in ’’private- apartment-mode’’ if needed. The structure is built up by using only screwed joints and it is structurally independent from the building, enabling disassembly and reassembly at another location.​​​​​​​ 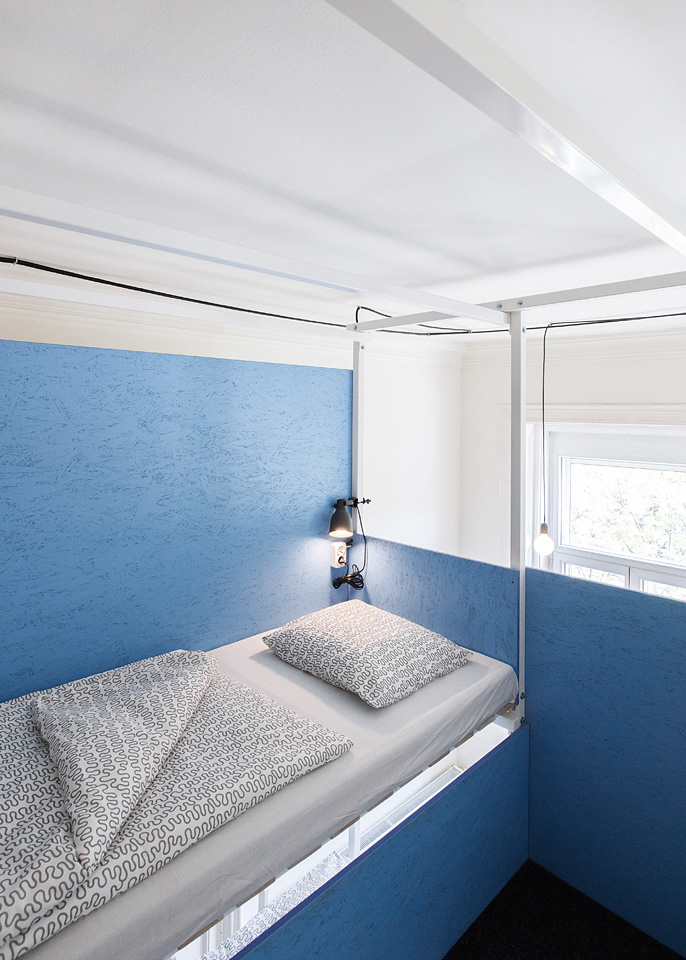 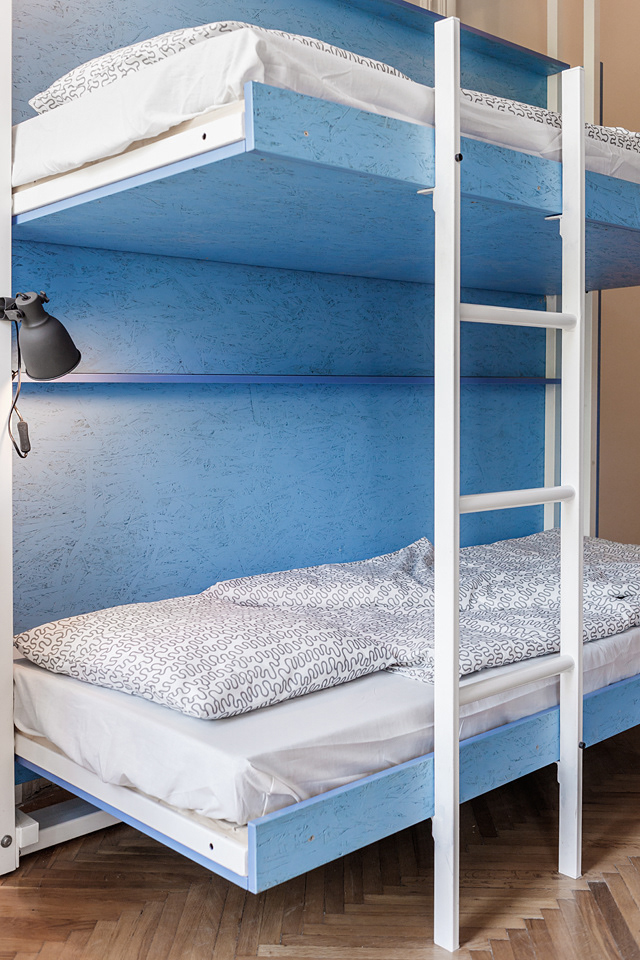